World War One and Wyoming: People 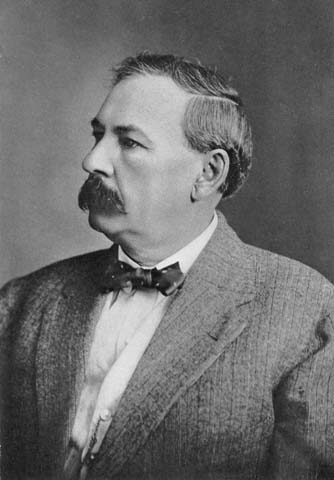 Frank L. Houx became acting-governor February 26, 1917 following the resignation of Governor John B. Kendrick, who had resigned to seek the US Senate seat.  Nearly two months later, the US was at war with Germany and the Austrio-Hungarian Empire.  Houx's duties as governor were magnified as he oversaw the mobilization of the state's residents and resources for the war effort. 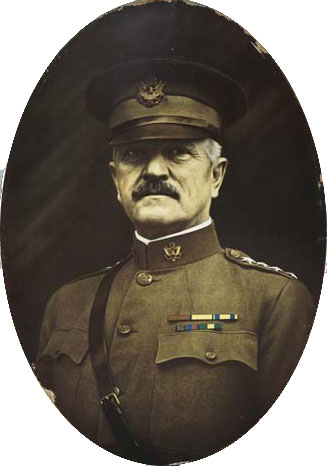 Pershing was general of the American Expeditionary Forces in Europe.  In 1905 he had married Helen Francis Warren, daughter of Wyoming US Senator Francis E. Warren.  It is believed that as chairman of the US Military Appropriations Committee, Warren may have used his influence to advance Pershing's military career. 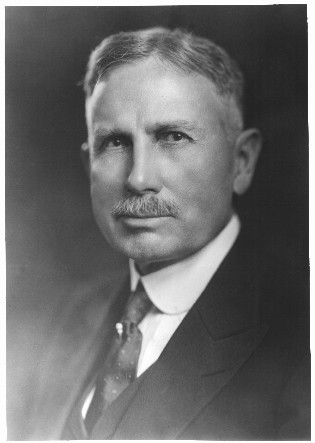 John B. Kendrick served as Governor of Wyoming from 1915 until 1917, when he resigned to become one of Wyoming's US Senators. 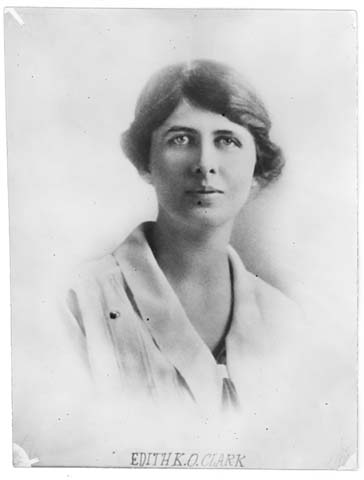 Burke H. Sinclair had previously worked as a newspaper man in Omaha and Cheyenne and in the publicity department of Great Western Sugar, and had been a major during the Mexican border crisis in 1916-1917.    When America entered the war, Sinclair was a lieutenant colonel of the Third Wyoming Infantry.  He was later sent to artillery school at Fort Sill and then to France.  Following the death of Col. J.W. Cavender, Burke was promoted to colonel and made commander of the 148th Field Artillery.

J.W. Cavender was an attorney and county attorney in Cody and  was a major in the national guard, serving with distinction during the Mexican border crisis of 1915-1916.  Following America's entry into World War I, he was promoted to colonel of the 148th Field Artillery.  Cavender was killed in action in September 1918.

A prominent Park County resident, Sawtell served was a captain in Company C of the Wyoming militia, and during the war, the 148th Field Artillery.  By the war's end, he had been promoted to major.  A personal account of his service can be found in the Powell Tribune of May 9, 1918, page 6.

Sgt. George N. Osterman of Sheridan designed the bucking horse emblem used by the 148th Field Artillery during World War I. The design, a picture of his horse Red Wing painted on a drum head, won the regimental emblem design contest. Following the war, the men from Wyoming brought the design home with them and its popularity spread. 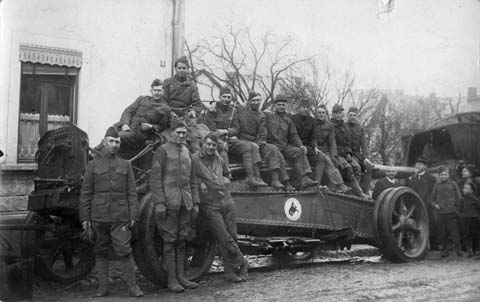